The War To End Wars.

Still we are at war.


Last year I shared the poem I Do Not Know Your Name by a lesser known poet, Kenny Martin. This year I have another poem by the same poet.

I went to see the soldiers, row on row on row,
And wondered about each so still, their badges all on show.
What brought them here, what life before
Was like for each of them?
What made them angry, laugh, or cry,
These soldiers, boys and men.

Some so young, some older still, a bond more close than brothers
These men have earned and shared a love, that's not like any others
They trained as one, they fought as one
They shared their last together
That bond endures, that love is true
And will be, now and ever.

I could not know, how could I guess, what choices each had made,
Of how they came to soldiering, what part each one had played?
But here they are and here they'll stay,
Each one silent and in place,
Their headstones line up row on row
They guard this hallowed place. 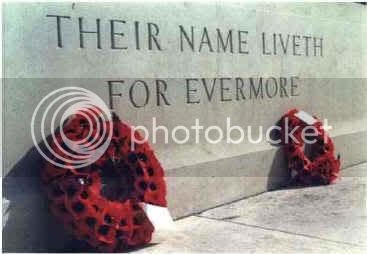