I thought I would go for another of my rare pairs (I like to mix and match *g*). I have written six stories about this pairing and they were one of my 'saw slash before I even knew slash existed pairings.

This pairing is Neil Burnside/Willie Caine from the British spy drama TV series in the '70s The Sandbaggers. Basically (the Secret Intelligence Series (SIS) or MI6). Technically Neil is Willie's boss as by the time the series starts, Neil has moved from Sandbagger One to Director of Operations and Willie has become Sandbagger One. They have, however, worked together for a considerable amount of time, trust one another, are friends, argue at times like an old married couple and care very much about one another, even if they'd both die rather than actually admit it.

One problem I had (both for this pairing and for some future ones) is actually finding photos of them as I don't do or know how to do screen grabs, so I have to rely on hunting and there are actually very few pictures. I have a couple of better ones, but they have trade mark logos all over them. But at least these are pretty clear pictures, even if they don't give anything away, so to speak. Neil is the one with the binoculars. 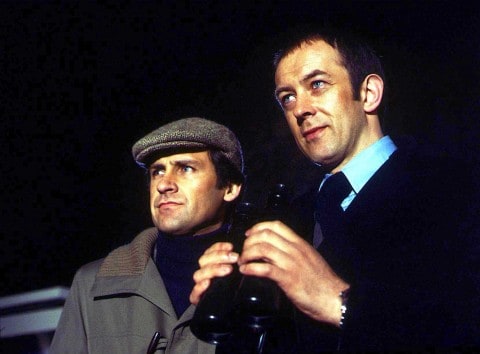 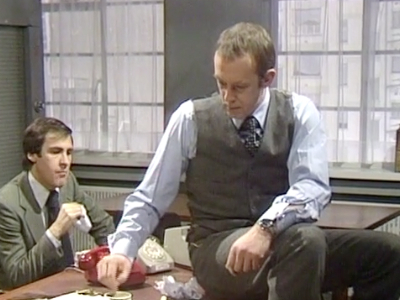