This time rather than one of my main pairings and a common pairing overall, I am going with one of my minor pairings (I have only written one story about them and that's a short, angsty, non-happy ending one, even I can't make happy ever afters out of everything *g*) and a rare(ish) pairing overall.

The pictures (once again I offer two) are of Toby Ziegler and Sam Seaborn from The West Wing. Both pictures are from the same scene and it's when they are in effect saying goodbye to one another. 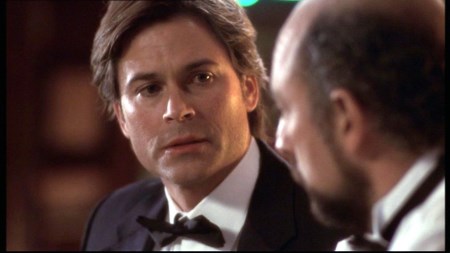 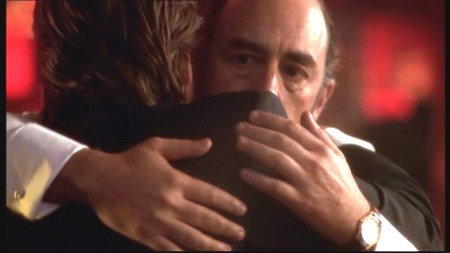 Today I am opting for another of my main pairings: Bodie/Doyle from The Professionals.

I discovered, somewhat to my surprise actually, I have a lot of pictures from The Pros on my computer, so choosing a couple wasn't easy going. I thought about sharing some lesser known ones, but in the end I went with a couple that are widely known and used to show just how much of a couple they are.

The one of the left is from 'Mixed Doubles' and I love not only the protective hug Bodie is giving Doyle, but also the look on his face, which makes it quite clear he is not happy that his partner has been damaged. With the second one from 'Hunter Hunted', I have deliberately chosen to use the whole picture, not just the bit with Bodie and Doyle because the look on the girls faces as they stare at the way Bodie and Doyle are touching and gazing adoringly at one another is quite, quite telling. 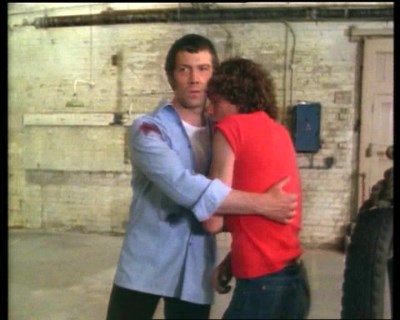 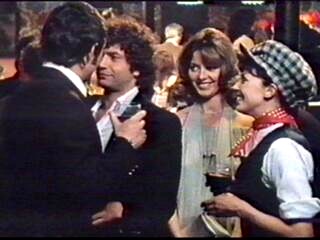