These are all small images I love (teddies, owls, penguin) so I simply put them together in a basic, unimaginative montage of cuteness *g* 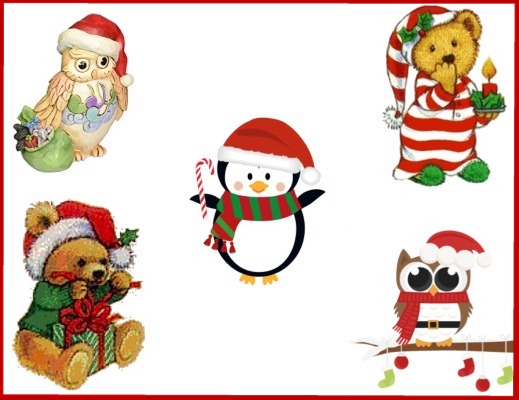 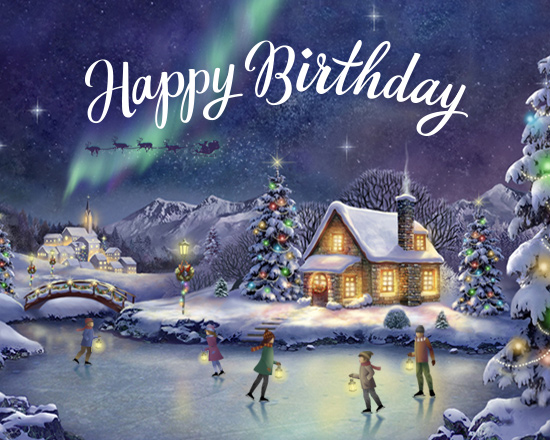 I hope you have a lovely day

Shopaholic at Christmas by Sophie Kinsella 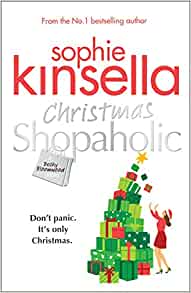 Becky Brandon (née Bloomwood) adores Christmas. It's always the same – Mum and Dad hosting, carols playing, Mum pretending she made the Christmas pudding, and the next-door neighbours coming round for sherry in their terrible festive jumpers.

And now it's even easier with online bargain-shopping sites – if you spend enough you even get free delivery. Sorted!

But this year looks set to be different. Unable to resist the draw of craft beer and smashed avocado, Becky's parents are moving to ultra-trendy Shoreditch and have asked Becky if she'll host Christmas this year. What could possibly go wrong?

With sister Jess demanding a vegan turkey, husband Luke determined that he just wants aftershave again, and little Minnie insisting on a very specific picnic hamper – surely Becky can manage all this, as well as the surprise appearance of an old boyfriend and his pushy new girlfriend, whose motives are far from clear . . .

Will chaos ensue, or will Becky manage to bring comfort and joy to Christmas?

I admit the Shopaholic books are my 'guilty pleasure' books. Not that I really see them like that, after all if you enjoy something it's a pleasure and why should you feel guilty about it? To be honest I don't, but even so.

I began the Shopaholic series well over a decade ago and have continued with it. I haven't really enjoyed the last couple of books, insofar as Becky simply didn't seem like 'Becky'. Thus I wasn't going to hurry to buy the Christmas one; then I read a review by someone who had also disliked the previous two that summed it up by saying 'Becky is back'. So I decided to treat myself with some of the gift voucher my mum had given me for Christmas. The reviewer was correct; Becky was back.

The books are fun, they are light and simple reads and don't require much brain power *g* The author is a good writer and brings the characters and the situation to life and makes everything believable. Yes, Becky shops far too much; yes she spends far too much money on stuff she will never use and doesn't really want. However, I would venture to suggest that most people have at some point bought something they neither needed nor even wanted, simply because it was a bargain or they wanted to spend enough to get free P&P or something. So one can relate somewhat to Becky.

Plus, her big saving grace is that her character has developed so well that now most of the things she does and the chaos she causes is because she is trying to find the perfect gift for someone else - as is the case in this book.

It really was a fun and enjoyable book, it made me smile, laugh, roll my eyes, wince a time or two, shake my head and even get gooey eyed'. There was for me one annoying bit and that was the fact that every time Becky gave her name be it verbally or in writing she said 'Becky Brandon née Bloomwood'. It got to the stage where I was grinding my teeth and rolling my eyes as something which has been mildly amusing to begin with got to the stage where it was really annoying me as I simply couldn't believe that anyone would insist on stating both her married and maiden surname all of the time.

That said the book was really good and made a nice change from Christmas murders *g* I do love the series and the characters and Sophie Kinsella really does know how to tell a story and is a fine writer - one of the best of her genre.
Collapse