Today's Christmas pretty is a return to the cute.

As I said earlier on in my Christmas pretties posting, I love Tatty Teddy and have two soft toy Santa Bears (not this one) and quite a number of TT ornaments. I tend to buy a new Christmas ornament each year and they are often TTs. This particular soft toy Tatty Teddy is rather lovely and I just might hunt around to see if it is still available anywhere. Why have only two if you can have three? *g* 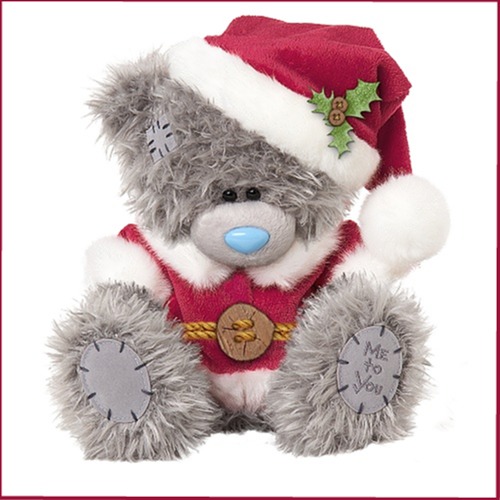 I am so behind with my book reviews - I'm not sure I'll be able to get through them by the end of the year. That said, given I have read a couple of series, I just might be able to. 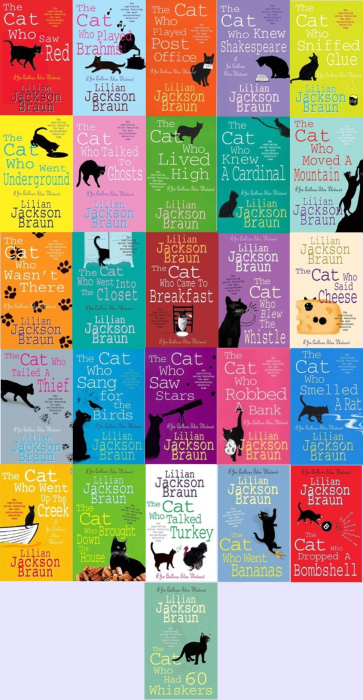 I originally hadn't planned to read all of 'The Cat Who' books one after the other. I was going to spread them out. I had planned to continue to read three at a time (as I did when I first started my re-read). However, due to contracting a really nasty bug and then all the upheaval around having our conservatory roof & ceiling done and the decorating and carpeting of the hall and sitting room and getting everything back in place, I really needed easy reads that didn't require a great deal of concentration, weren't deep, didn't cause stress and were just enjoyable, so in the end I did work my way through the entire series.

I'm not going to review each book (you'll be pleased to hear). As when it comes down to it, they are very much the same insofar as 'man solves crimes with the help of his cats'. LJB's books do what they say on the box. They are nice, cosy, gentle crime books and appeal very much even though I am not a cat lover. But as I said before Siamese cats, especially Koko and Yum Yum are rather like dogs than cat.

LJB is an excellent writer who treats her readers as intelligent beings; she doesn't dumb down nor explain things she would expect her reader to know. She gets the balance spot on when it comes to explaining about the background to Qwill and his cats. She gives you just enough information so that if you haven't read the first few books you'll still know what the set-up is, but not so much that readers who have read all the previous books get bored. It's rare to find someone who balances it so well.

One thing I hadn't realised until this time around was that there was twenty years between her first book and her fourth. She wrote her first three in 1966, 1967 & 1968 respectively and then there wasn't anther book until 1986. From there on she wrote at least one book a year until her last in 2007 - something I find rather amazing.

Sadly the last two books really aren't up to her previously high-standard, as she repeats herself a great deal and the books don't flow any where near as well. Plus she makes a couple of really strange decisions; she kills off a semi-regular character for no reason whatsoever and has another character doing something totally and inexplicably out of character. To my mind it is a great shame the final two books were ever published; I did read somewhere that she had written a 30th book, but that it was unpublishable.

That said I have no hesitation in recommending the series if light-hearted, easy-going, extremely well-written, cosy crimes are you thing.
Collapse