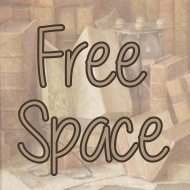 I had originally planned to read a crime book for this square. However, I decided instead to 'broaden my horizons' a bit and choose a book outside of my usual 'comfort zone'.

The Midwich Cuckoos by John Wyndham 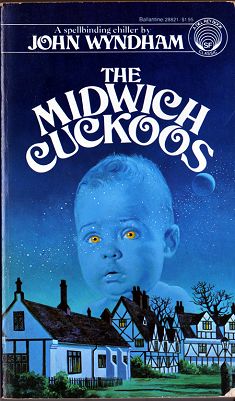 In the sleepy English village of Midwich, a mysterious silver object appears and all the inhabitants fall unconscious. A day later the object is gone and everyone awakens unharmed – except that all the women in the village are discovered to be pregnant.

The resultant children of Midwich do not belong to their parents: all are blonde, all are golden eyed. They grow up too fast and their minds exhibit frightening abilities that give them control over others and brings them into conflict with the villagers just as a chilling realisation dawns on the world outside . . .

The Midwich Cuckoos is the classic tale of aliens in our midst, exploring how we respond when confronted by those who are innately superior to us in every conceivable way.

John Wyndham is another author who I had never, until this challenge, read. I knew the story as I have seen the film Village of the Damned several times and thoroughly enjoyed it. In fact because I had enjoyed the film so much I wasn't sure I was going to enjoy the book. Ironically enough a few days ago, I said to

gilda_elise if I love a film which had been based on a book I hadn't read, I tended not to read the book as I had often ended up disappointed in the book. Nonetheless after trying and really enjoying the sample of The Midwich Cuckoos I decided to buy it.

I am very glad I did as I really enjoyed the story and for what I think is the first time ever I can say I really like both the book and the film. I also hadn't appreciated what an excellent writer and storyteller Wyndham is and how readable he is. I have now added another author to my reading list, as I shall certainly be reading more of his books. It's a no-nonsense, non-flowery, crisp style of writing that draws you in and holds your attention from the first page to the last.

It's a fascinating story and one that really does make you think and wonder 'what would I do in the same situation'? And the answer you come up with may or may not be a comfortable one.

The characters are an excellent mix and well drawn and all seem very real. The sleepy, somewhat old-fashioned village setting is a lovely one and makes the whole incident so much more intense. Of course it wouldn't work today as you can't really cut off an entire village even from its nearest neighbour, yet the book didn't feel out of date and unrealistic. It has aged very well.

It was an excellent book; one I thoroughly enjoyed. I am very glad I changed my mind about using a crime novel for this category as I would have missed out on this superb book.
Collapse