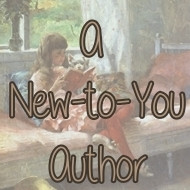 The Near Death Experience by John Ellsworth 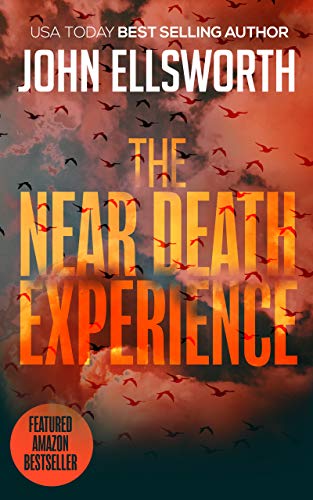 Is there life after death? Is it even possible to know for sure?

Dr. Emerick Sewell’s book, a sensational account of his near death experience, had taken the world by storm when it was released. But when one of his readers overdosed on pills in order to be reunited with her dead husband, her family blames Dr. Sewell and files suit. Against his better judgment, Thaddeus Murfee swallows his cynicism and takes the case. As his research begins to bring new evidence to light, his disbelief slowly melts away and leaves him questioning everything.

I honestly don't know where I came across this 'book about a book' in the first place. That's one of the 'disadvantages' of a Kindle, I find, you end up with books you can't tie down as to why, from where or when you got it. I have just discovered (I do like Amazon's 'past order search') when I got it and the fact that it was free.

It's an interesting book with a few interwoven storylines that deal with the professional as well as personal life of Murfee as he tries to balance out work, his beloved wife's terminal illness, looking after his kids, and a man from his past who had kidnapped his daughter popping up again. Ellsworth does a good job at balancing all these elements and giving the right amount of story time to each element. Sometimes each part is separate with other parts not intruding into it, at other times the various elements are interwoven.

I quite like legal books, in fact I went through a stage when I was an avid reader of John Grisham, but I haven't read such a book for quite a number of years, so coming back to one was quite different. I also rather like medical storylines and thrillers to an extent and I'm guessing it was this combination that made me get the book in the first place.

The characters were good, believable, well drawn and real; Ellsworth did a good job. In particular I liked Murfee himself, which as he was the central character was a good thing. The subject matter was certainly interesting and more than a little controversial not just in the context of the book but also in 'the real world'.

As well as dealing with the whole 'life after death', question, it also dealt with matters pertaining to exactly when is someone actually dead and asks the question 'can you murder a dead person?' And when is someone actually dead? Is it when they are brain dead, even if they are being kept alive by virtue of a ventilator, which in turn means their heart is still beating. Or is it not until the machines have been switched off and they are no longer being kept alive by artificial means?

Despite the potential 'heaviness' and the depth of such matters, the book wasn't a 'heavy' book and it didn't dwell on the issues to such an extent that readers would get bored or end up thinking about the things rather than reading the book. That balance must have been hard to achieve and I believe Ellsworth did a jolly good job. He kept the pace going, he kept the ideas, the concepts, the beliefs coming, but he didn't lose sight of the fact that this was a work of fiction and his job was to keep the reader entertained and keen to go on reading.

I'm not sure it will be a 'read again' book; I think it is one of those books that maybe you can only read once. I'm also not sure if I shall read more of the series. I discovered after I had finished the book *wry grin* that this was in fact the last book in the Thaddeus Murfee series. However, I never for a moment felt I had missed anything by not having read the other books. I'm guessing I missed a lot of family stuff (maybe even the kidnapping) and character building and the background of recurring (I'm guessing there were some outside of Murfee and his family). However, I honestly never, not even for a second, felt I had missed anything. That to me is one of the signs of a good author, which is what I feel Ellsworth is.

He has written other books apart from this series, other legal books - which given he was a criminal lawyer for thirty years makes sense - and I might well have a dip into other books.
Collapse