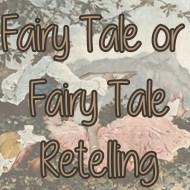 I have just discovered this book and the series from which it comes would have also fitted in the Young Adult category.

A Crown of Snow and Ice by Melanie Cellier 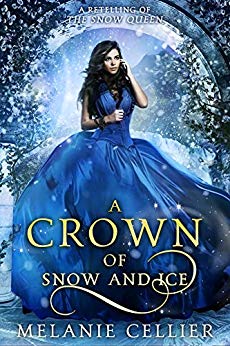 An unexpected gift from her godmother will give Celine enough fire to take on an entire kingdom of snow and ice. But first she needs to melt one frozen prince.

Rumours have long swirled about the strange kingdom of Eldon. The only thing more frozen than its mountains are the inhabitants themselves. But Princess Celine has never backed away from a challenge, so she eagerly accepts an invitation to visit.

Yet the situation in Eldon is even worse than Celine feared. And if the kingdom is to have any hope of freedom or a future, she's going to have to call on new skills and new allies--including the crown prince, Oliver. But against an enemy stronger and colder than ice, all her fire may not be enough.

In this reimagining of the classic fairy tale, The Snow Queen, one princess is ready to burn down everything in her path to save those she loves and their kingdom with them.

Had it not been for this challenge I would never have come across this book - or indeed the series. I actually borrowed a box set of three books and chose The Snow Queen one for a couple of reasons: a) it's snow *g* and b) I played the Snow Queen at primary school when I was six, so I thought it would be fun.

I enjoyed it; it was nice and pleasant. It wasn't anything special or gripping or compelling, but then I don't want every book to be those things. It was a fun read; a nice, gentle sex-free romance. The characters were good, believable, well rounded and balanced and I thought it worked well as a retelling of The Snow Queen.

My only real gripe with it was that the overall blurb for the box set on Amazon says that the books are interconnected but are all stand-alone. I guess technically that might well be true. However, there were several references in this book back to prior books, that whilst not essential to the enjoyment and understanding of this book would have enhanced the book had I read them.

Having just checked out the author's website, I see she does indeed say this. There is an entire series of books The Four Kingdoms and Beyond the Four Kingdoms - the book I read came from the latter series. I might at some point revisit this series when I'm looking for a nice, light, easy, gentle romance.
Collapse