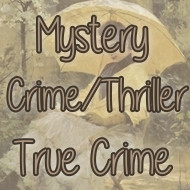 Given crime/mystery is my favourite genre and the one I read the most, it is almost bemusing that it took me so long to fill this square in *g* Actually, I could have filled it in much earlier, but the crime books I read prior to this one I allocated to different squares. 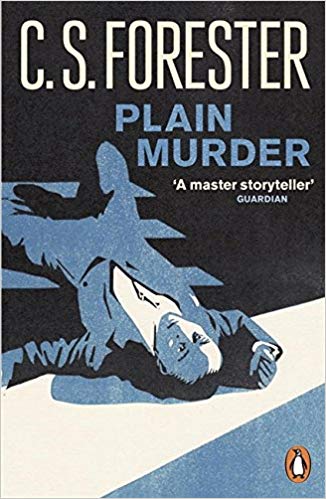 Taking us into a 1930s London of grimy back streets, smoky cafes and shabby rooms, Plain Murder, C. S. Forester's second crime novel, is a brilliantly atmospheric and gripping portrayal of the dark heart of a killer, published in Penguin Modern Classics.

'They'll get you for certain,' said Oldroyd. 'Then they'll hang you.'

At the Universal Advertising Agency on the Strand, London, a murder is being planned. Three men have been discovered taking bribes and face the grim prospect of the dole queue, unless they can get rid of the person who caught them. Their ringleader, thick-set and vicious Mr Morris, soon discovers that killing is far easier than he thought - and that he even has a talent for it. He might, he feels, be superhuman. But as he will discover, there is no such thing as the perfect crime, and no deed goes unpunished.

This was an unusual book in more ways than one. To begin with we knew who the murder was from the off - well as you'll see from the above paragraph, we knew who he was from the book blurb. Therefore the book wasn't a mystery insofar as 'whodunnit' but as case of when or indeed will he get caught and if so what will happen to him. In my experience of crime books, this kind of murder 'mystery' is very unusual indeed.

It was also unusual insofar as I didn't like Morris at all - it simply wasn't possible to like him. It wasn't even as if he committed the murders for a 'good' reason; there was no 'I did it for my dying son' kind of thing. Not that I'm saying that would condone him anyway, but at least there's an almost sympathetic and maybe understandable reason. Morris killed for selfish reasons and wasn't a pleasant or likeable character at all. In fact to be perfectly honest, it was hard to like any of characters, at least really like.

Normally I do have to like at least one central character in order to carry on reading a book. However, as I have said before for me as long as I care about a character as in 'I care what happens to them', it's fine. And I certainly did care what happened to Morris. Plus, the whole thing drew me in and I wanted to know what would happen, when Morris would get caught - if indeed he would get caught - and what happened to him.

I hadn't read Forester before, J is a fan of his Hornblower books and in fact it was J who bought this book and mentioned it to me so that I could download it to my Kindle as well. I'm really glad he did as I found it an excellent read and Forester is an extremely good writer. I know he's written at least one other crime book so I shall definitely be buying that (if J hasn't already done so).

I would definitely recommend this book as long as you a) don't mind knowing upfront who the murderer is and b) don't have to like the central character. If either of those isn't you, then I certainly wouldn't recommend the book. I really enjoyed it, it kept me gripped and I found it quite difficult to put down and I certainly enjoyed the quite different knowing who the baddie is from the off aspect.
Collapse