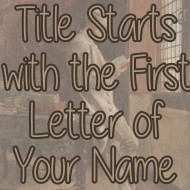 Do you know how difficult it is to find a book that begins with 'N'? No, I didn't either until I hunted for one. After searching my entire Kindle (both my books & J's) I came up with the grand total of four (out of several hundred) books that began with the letter 'N' - there weren't even any that had 'The' at the beginning. Two of those books I had read recently, one was part way through a series, the other was J's and I wasn't interested. Hence I had to use my real name. 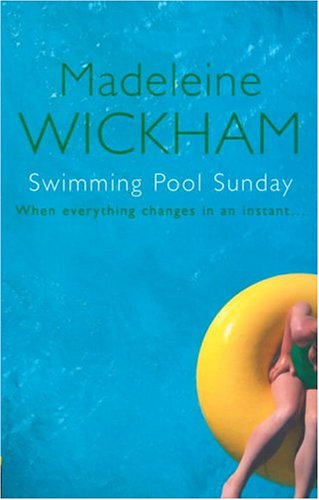 On a shimmeringly hot Sunday in May, Louise is at a neighbour's pool with her daughters - and glaring at her resentfully is her estranged husband Barnaby. While the children splash and shriek in the cool blue waters, she lies blissfully back in the sun and dreams of Cassian, the charismatic new lawyer in her life. The day seems perfect.

But suddenly the bliss is shattered. The consequences of a terrible accident develop into a drama of recriminations, jealousy and legal power-play. Friendships crumble, the village is split, and the needs of a child become secondary to the dangerous contest in which the grown-ups are engaged.

Madeleine Wickham also writes as Sophie Kinsella (Shopaholic series) and her writing is quite different depending on under which name she writes. Her SK books are somewhat lighter and more frivolous, even though they are often somewhat deeper than a lot of 'chic-lit' books. I actually came across her MW books before I discovered her SK ones. Hence this book was a re-read.

I like Madeleine Wickham's writing (whether she is writing as MW or SK). It's easy to read, doesn't get bogged down in superfluous description or words, clips along at a good pace and flows really well. As Madeline Wickham she deals with deeper and 'darker' subjects than she does as SK, that make you think more. This book does that in spades.

Given, as most of you know, I'm not a kiddie person; I don't relate to children that well and with a couple of exceptions have no interest in spending time with them. Thus, I tend not to enjoy books where a child is central to the plot. This book is an exception. Maybe it's because whilst Katie is central to the book, the story is also so much more about other people than just Katie. We always come back to her and her needs, etc. but not to the extent where that storyline completely dominates the book.

There's quite an array of characters, but not so many that you lose track and need as spread-sheet to remember who is who. They are pretty much all well-drawn and all very real and believable. Not all are overly-likeable, but for me that makes it all the more real. I certainly felt as if I was in the village with the whole thing unfolding around me. The story raised an array of emotions in me, both positive and negative and for the most part I was blaming Katie's mother for what happened, whilst at the same time being able to see how it happened and feel sympathy for what she was going through, but yes, still blaming her. I was 'on the side' of the people who owned the swimming pool.

There are resolutions in the book, but actually in pretty much all cases, none are neatly tied up with a bow. Nothing is definite with all the i's dotted and t's crossed. Normally I like my books to be sewn up, but in this case Madeline Wickham does just enough to satisfy, whilst leaving the reader able to make his/her own judgement/guess as to 'what happened next' for each person/family.

It was a very good read. I'd forgotten quite how enjoyable her books are, thus I shall almost certainly be revisiting her other Madeline Wickham books in the not too distant future.
Collapse