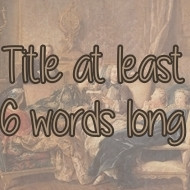 Did anyone else spend quite some time looking through books counting the number of words the titles had on their fingers for this square? I hadn't appreciated quite how hard it was going to be to find a book that fitted. (I know I could have used any of the Harry Potter books which I almost certainly intend to reread (again) this year, but I decided not to *g*)

An Unsuitable Job for a Woman by P. D. James 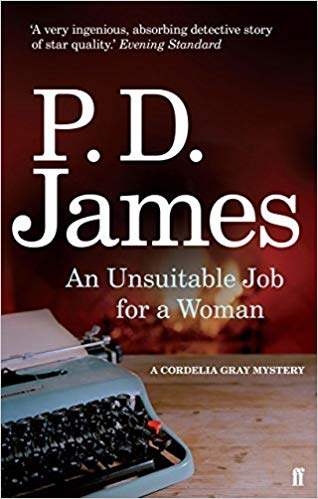 Meet Cordelia Gray: twenty-two, tough, intelligent and now sole inheritor of the Pryde Detective Agency. Her first assignment finds her hired by Sir Ronald Callender to investigate the death of his son Mark, a young Cambridge student found hanged in mysterious circumstances. Cordelia is required to delve into the hidden secrets of the Callender family and soon realizes it is not a case of suicide, and that the truth is entirely more sinister.

This is another older book as it was first published in 1972. P.D. James is one of my favourite authors, one whose books I regularly re-read. That said I hadn't read this book for quite a number of years, as whilst I do enjoy the two Cordelia Gray books, I prefer her Adam Dalgliesh books. However, the title fitted the requisite 'minimum of six words' perfectly so I thought it was time I reread it.

I was really glad I did reread it as I enjoyed it as much as I had done the last time I read it. Like a few of the other books I've read, it wouldn't work in today's world and I doubt it could be written today. However, it worked perfectly well for the period in which it was set and didn't feel 'odd' today.

Cordelia is an excellent character and isn't just 'a pretty face' and whilst she is tough, she isn't OTT tough. She's a very well written, well rounded character. Cleverly P. D. James links the books with her Dalgliesh books, as Bernie Pryde, who was Cordelia's boss before he took her onto the detecting side had worked under Dalgliesh in the Met and still employ his methods and imparts his wisdom to Cordelia who finds herself carrying it on. Dalgliesh is mentioned a reasonable amount, but you're never left feeling he was being shoe-horned into the book and mentioned just for the sake of mentioning him; when he was mentioned it was always fitting. In fact he does make an appearance at the end of the book.

It's a good story and is told at a nice, well balanced pace and the plot is believable and the characters are well drawn and for the most part likeable and I cared what happened to them; they were also believable. Cordelia in particular is very human, in a way that some book characters aren't.

I thoroughly enjoyed it and shall be rereading the second book in the 'series' (can you call two books 'a series'?) at some point in the not too distant future. It probably won't be for the Book Bingo challenge, but once that's over and done with I shall reread The Skull Beneath the Skin. It's another book that if you are happy with books written and set in the 70s and don't expect them to relate to how things are meant to be today, I would recommend highly.
Collapse