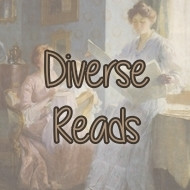 This was the other category with which I had a slight problem - I thought I'd get them both out of the way one after the other *g* Once again I find it rather discriminatory and as a disabled person I also find it slight condescending that people are being asked to seek out a book that has a 'diverse' character in it. We're all meant to be equal, right? Race, colour, creed, disability, sexual preference, etc. etc. etc. shouldn't matter. So why make it matter in this way. But as I said yesterday I am somewhat weird in my thinking and the way my mind works.

Odds Against by Dick Francis 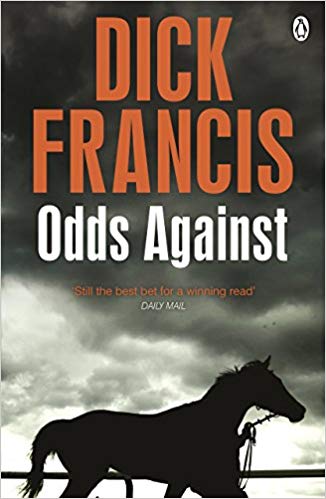 Champion jockey Sid Halley retired from racing when his hand was smashed in a fall. Now he works as a private detective - which is proving to be no less dangerous to life and limb.

Recuperating from a bullet wound, Sid is asked by his father-in-law to look into some potentially shady activity involving Seabury racecourse and a ruthless property dealer.

But the closer Sid gets to those determined to get their hands on Seabury, the more he finds himself in harm's way. The odds are against him - but that's exactly when Sid is at his best...

I'll begin by saying I am not a horsey person; I did ride a few times as a child because my mother and one of her close friends used to ride most Saturdays and I went with them a few times. But as I was learning to ride of course I couldn't go out with them, I had to stay in the stables, have my lesson and then kill time until they came back. I never fell off, but then riding school horses are used to non-riders, and I did learn to ride. But I didn't really enjoy it, I would far rather have been at home reading a book or outside with friends. Given I devoured pony books as a child and even had a 'fantasy' horse *blushes* it's rather odd I didn't enjoy riding, but there you go.

Some years ago I read several Dick Francis books - J's mother sent me a couple to begin with and I bought a couple more at fêtes - and despite not being a horse lover or someone who followed or even watched racing, I enjoyed them. He tells a very good story. Thus when I came across this book with the disabled character I decided to read it.

I really enjoyed it. You don't need to love horses, you don't need to know anything about racing other than the basic 'person on horse races against other people on horses over a course and people bet'. The book isn't full of racing terms and whist horses and racing and stables do play a part in the book they don't over-whelm and take over the mystery.

The mystery was enjoyable and Francis kept the pace and tension going extremely well and managed Sid's disability wonderfully. It was always there, we saw and felt the problems he had, but again it didn't over-whelm and the book wasn't full of introspection and Sid feeling sorry for himself. He accepted what had happened to him and got on dealing with things and got on with his life. Yes, we saw a degree of how it upset him, etc. but that wasn't the focus. I thought it was incredibly well done. I liked Sid a lot and really cared about what happened to him; in fact I liked all of the major characters.

It was a good solid mystery/thriller - I'm never quite sure what category Francis's books fall into as I've seen them categorised under both 'mystery' and 'thriller'. I'm not sure it really matters. What matters is that it was a jolly good read, a real page turner and it moved along at a nice clip. Francis did his job, he told a good story, kept up the pace and held the reader's attention from beginning to end and left me thinking I would read a few more of his books.

Actually, these two short comments sum up perfectly how I feel/am trying to say:

The narrative is brisk and gripping and the background researched with care . . . the entire story is a pleasure to relish (Scotsman).

Dick Francis's fiction has a secret ingredient - his inimitable knack of grabbing the reader's attention on page one and holding it tight until the very end (Sunday Telegraph).
Collapse