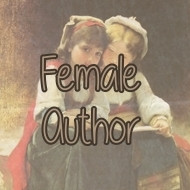 I had originally intended to substitute this category, not because I don't read books by female authors - I do, a lot of them - but because I personally found the fact there was a female author category but not a male author category somewhat discriminatory. Yes, I know I'm not actually allowed to say that as discrimination apparently can't happen that way round. However, to my mind it not only can, it does. However, in the end I decided that as I had signed up to do the challenge, it wasn't 'right' to miss out four of the categories - there were already two I knew I'd have to substitute so to substitute two others based on my personal feelings about categories wasn't 'playing the game', so I opted to stick with the category. And yes, I know I'm weird in my feelings. 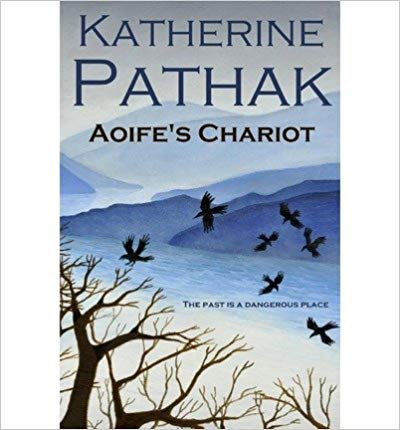 Can Imogen and Hugh Croft discover the link?

Following the sudden death of her mother, Imogen Croft returns to her childhood home on the Scottish Island of Garansay. Her brothers have given her the task of deciding what to do with their parents’ farm, which is slowly falling into disrepair.
Imogen will not be rushed into passing judgement on the place. When she starts to carry out some research into the history of Kilduggan Farm, she inadvertently sets off a chain of events that ends in tragedy.

Suddenly, Imogen and her psychologist husband, Hugh, find themselves faced with a seemingly insoluble puzzle. How can it be possible that an unexplained death in the present day can match, in every detail, an unsolved case from 40 years ago?
As the past begins to catch up with Imogen, she realises that she must strive to discover the truth about her family, even if it means that nothing will ever be the same again . . .

This is an intricately plotted novel, cleverly interwoven with subtle clues and the occasional red-herring. It will keep you guessing and the pages turning, right up until its final, shocking conclusion.

This is another book I came across via

caffyolay. I wanted to really like, even love, the book and I honestly thought I would. However, whilst I enjoyed it well enough, it wasn't anywhere near as good at I had expected and hoped it would be.

It was well written and the detail about Garansay was excellent - albeit IMHO there was too much of it. I felt it went over-board to an unnecessary level, where you felt it was there not to add to the story, but to show off the area. That was a fairly minor issue though. For me it was the mystery that promised so much, but left me feeling let down; I was expecting the whole thing to be a lot more than it was, a lot more serious and awful. Whereas it was more of a 'so what'? for me. I felt it was overplayed, I had the same feeling about a small sub-plot too.

I think had the book been set even a decade earlier, but preferably a couple of decades earlier, which would have meant that the original 'sin' would have been set earlier, it would have had a lot more impact. As I was I just felt it was a big build up to something that really wasn't a huge deal. I had correctly guessed part of the original mystery, and actually think (without wanting to brag) my guess would have been more 'shocking' than the actual thing itself.

I liked the characters and I thought they were all real and I really liked the fact that you had a happily married couple and well brought up, well behaved, well rounded children all without major hang-ups - that isn't something you come across much these days. And that was another reason I really wanted to like the book enough to go on and read more in the series. And actually, despite my reservations about the mystery and the too much information about the setting, I had decided to give the second book a go, as I did like Imogen and Hugh and Imogen's brothers.

However, at the very end of the book Imogen made a decision that to me seemed not only out of character, but also illogical and it had me rolling my eyes and I decided that if that's the route the author was going to take Imogen in, then I wasn't going to continue to like her. It seemed almost like a a sop towards how we are meant to think today. That is probably just me and I am probably being terribly unfair and I might well be missing out on a jolly good series. However, as I know Caffy has or is going to get the second book I will at some point get to know what she thinks of it, so I could end up changing my mind.

It's a difficult book to call as yes I did like lots of it but there were faults that might well only be 'faults' in my eyes and are down to my personality.
Collapse