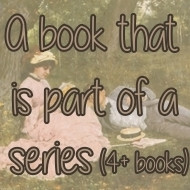 This book is the first book in a series of what is currently nine books.

As the Crow Flies by Damien Boyd 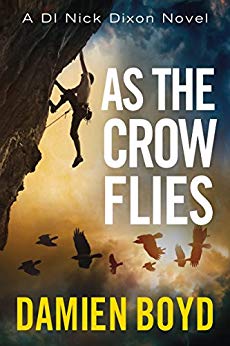 The more Dixon learns about Jake’s life, the more he realises that Jake hadn’t been quite the man he remembered...and a lot of people could have wanted him dead. Once Dixon gets too close to the truth, those people will emerge from the shadows and kill to protect their secrets.

As the body count rises, Dixon bends the rules to breaking point to lure out a killer and unravel a conspiracy of silence that will rock the sleepy town of Burnham-on-Sea to its core.

I came across this book fairly recently when I was seeking out a new (to me) detective series that was written by a man and had a male detective - they are not that easy to come across these days. It caught my eye because it is set in Somerset - one of my favourite places and a place we had at one point  we talked about possibly retiring to. I liked the synopsis, despite knowing nothing about rock climbing and so gave it a go.

Somewhat amusingly I discovered, when part way through the book, that Damien Boyd is/was (as with Michael Gilbert) a solicitor. Again as with Gilbert there were a few places in the book where it was clear he was used to writing formal stuff. His style is, to my mind, somewhat 'old school' insofar as the book isn't padded with back-story and lots of insignificant detail. Nor does Dixon seem to have any major issues or problems or hang-ups in the way so many modern detectives seem to have. Although there is something of a mystery insofar as why did he leave the Met to return to Somerset? We learn enough about him to make him seem real without going over-board, which is something I like very much. I suspect as the series goes on we will learn more about him, but hopefully Boyd will stick more to drip-feeding than information dumping.

The case was the main focus of the story, but there were personal elements and links as well insofar as he knew the dead man very well. And I felt the balance between the case and the person worked extremely well. I really took to Dixon and I thought he was very believable, which is for me rather important - especially if I am going to read more of the series. You got a feeling you really were in Somerset and his descriptions of the area were excellent and well woven into the story. The outcome of the case and the solution to the death didn't disappoint me; it was well wound up and worked really well. There is a reasonable amount of stuff about rock climbing but I didn't feel lost or over-whelmed by it (even though I know nothing about the subject) and it was there because it was needed and was in fact an integral part of the story.

I really enjoyed it and shall definitely be getting the second book and hopefully, assuming that appeals too, the rest of the series in due course. I am very glad I found the author and I hope his books continue in the vein.
Collapse