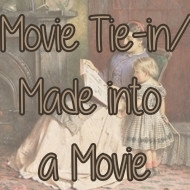 The film is called Danger Within. It's a film we have and really enjoy.

Death in Captivity by Michael Gilbert 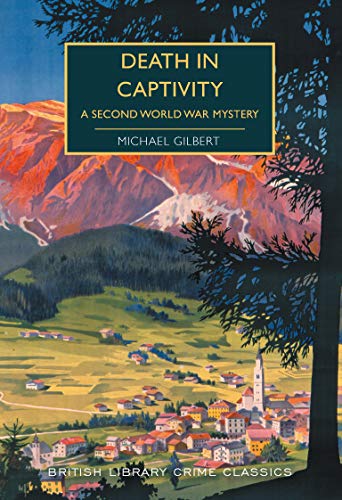 A man is found dead in an escape tunnel in an Italian prisoner-of-war camp. Did he die in an accidental collapse - or was this murder? Captain Henry `Cuckoo' Goyles, master tunneller and amateur detective, takes up the case.

This classic locked-room mystery with a closed circle of suspects is woven together with a thrilling story of escape from the camp, as the Second World War nears its endgame and the British prisoners prepare to flee into the Italian countryside.

Michael Gilbert is one of J's favourite writers and he has all of his books in hardback. Previous to reading this book I read his very first book (I do tend to start at the beginning with a new author, even when it isn't part of a series) and to be honest whilst I enjoyed the story I wasn't that keen on Gilbert's style. J said I shouldn't have started with the first book as even he finds the style of the first book a bit tedious. As such I hadn't read any more of the books. I follow BLCC on Twitter and thus I saw that they had published this book and the title rang a bell and I remembered it had been turned into a film. I needed such a book for this challenge and although I had a few in mind, I decided to give Gilbert another go.

It seems I have implied that Gilbert 'told' rather than 'showed' in his first book, that wasn't what I intended to imply at all. The fact is he was (and actually remained) a solicitor, so his style was rather more formal/factual/stilted than that of other writers who weren't in such a formal profession would be. To be honest I can't really put into words what I didn't really like about his style in the first book I read.

I am very glad I did as I really enjoyed the book and the writing was certainly far less tedious and 'this, then, that' than Gilbert's very first book. The story is, as the blurb says 'a locked room mystery' albeit with a bit of a difference being being a PoW camp. I felt Gilbert weaved the story well and balanced the mystery and the whole war-related theme very well indeed. You get a feel for what it must have been for prisoners of war, but not to the extent that it overwhelmed the story.

As with books from the period the story is the story, we don't get a huge amount of back-story and we don't get any unnecessary what I often call 'bulking out' information. Gilbert has a job to do: to tell the story; to take us from the beginning to the end and give us the solution to the crime and resolve the whole thing. He does this extremely well.

Despite having seen the film at least once I have to admit I had forgotten who the murderer was - which to my mind is good. I do like to try to work out who might have done the deed. I wasn't even close with this, in fact TBH I hadn't any idea who had done it and the final twist really did come as a huge surprise.

I thoroughly enjoyed it very much and shall now be reading more of Michael Gilbert's books. If you like 'locked room' mysteries without a great deal of 'filler' then I think you'd enjoy this. It is of its time, but to my mind it stands up perfectly well even today. Oh, and the film is good too *g* but not easy to find.
Collapse