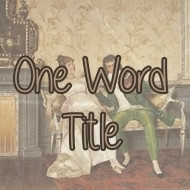 This is another book which could have fitted into multiple categories. I went with 'One word title' as such books are somewhat harder to find that the books for the other categories into which it would fit 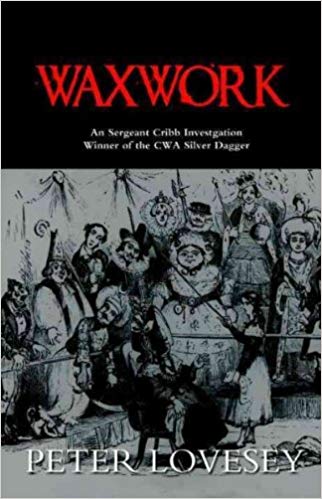 By her own confession, the beautiful Miriam Cromer is a murderess. She is sentenced to death for the killing of her husband's assistant, and the hangman travels to London to earn his fee. Then the Home Office is sent a photograph that casts doubt on her confession, and the matter must be investigated - fast.

Sergeant Cribb is called in, but his investigations produce nothing to ease the minds of the authorities. As he plunges deeper into the relationships and history of the intimate group connected with the murder, he becomes increasingly suspicious that something very different indeed happened at Park Lodge, Kew Green, on that March day in 1888.

I have most of Peter Lovesey's books including the entire Sergeant Cribb series; this book is the last book in the series. It's very unlike me not to start at the beginning of a series and continue to the end. However, firstly I have read the series before and secondly I wanted a book with a one word title.

It's set in Victorian England and Lovesey does a good job of making you feel you are indeed back in time. Cribb is a good, solid detective and a well-drawn character. His usual side-kick is not in the story, but it works because firstly Cribb doesn't come in until a fair way through the book and secondly when he does appear his is mainly with his immediate superior. The book is very much of it's time, the murder doesn't happen on-screen, as the blurb says, it has already happened and the convicted murderer is awaiting the death sentence and we have a look at quite what that would entail back in the day.

I enjoyed the book a great deal. Lovesey is an easy writer to read, a good, solid, engaging writer who tells a good crime story. I like his style of writing, it's not fancy or flowery, just good, solid writing. If you like Victorian crime, in my opinion the Cribb series is worth reading.
Collapse