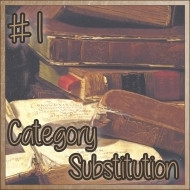 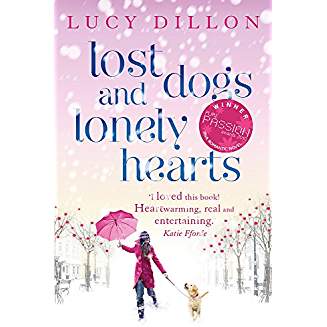 When the abandoned strays from a local dogs' home are matched with brand new owners, it turns out it might not just be the dogs who need rescuing.

Rachel's aunt has left her a house, a Border Collie and, despite knowing nothing about dogs, a crowded kennel. But since her life has collapsed she's not sure she can deal with any more lost souls.

Zoe's ex-husband has given their children a puppy. The kids are in love, but she's the one stuck training Toffee the impossible Labrador. She's nearly at the end of her tether - until Toffee leads her to a handsome doctor . . .

Meanwhile Natalie and Johnny's marriage hasn't been easy since they started trying for a baby. But is a fridge-raiding, sofa-stealing Basset hound like Bertie really the child substitute they're looking for?

As the new owners' paths cross on the town's dog-walking circuits, their lives become interwoven. And they - and their dogs - learn some important lessons about loyalty, companionship and unconditional love . . .

I came across this book on

gilda_elise's journal and was drawn to it by the title and the cover. I downloaded a sample and thoroughly enjoyed it, thus bought the book.

For me it's a book of three halves (or three thirds, if you prefer *g*). I really loved the first and last third, but for me it lost its way during the second third and became very long-winded with step-by-step stuff that really didn't add to the plot. I think it needed editing more strongly and I believe the book would have been better had it been shorter - IMO of course.

Also I hadn't appreciated quite how much of the book would be taken up with the couple who were desperate to have a baby and all their trials and tribulations. Maybe it's because we don't have children and because I have always known from an 'early' age that I would never have kids, but I have  a 'thing' about this. I simply don't understand the dire need and desperation to have a child at all costs - I suppose it's a bit of a blind spot for me and I don't mean any offence at all. I simply do not get it and cannot, even at an intellectual level, understand it. Thus, I do tend to lose interest when books, etc. go on and on and on about not being able to conceive and how the person feels. The book pushed my limits of toleration beyond what I can put up with. To be honest I was seriously considering abandoning the book as it was winding me up so much, when suddenly it changed focus and became far more balanced and less was said about this aspect of the couple's lives. Thus I read on. Hence why I said it was a book of three halves (thirds).

My irritation with the 'we can't have a child' obsession aside, I enjoyed the book a great deal. I thought it was well written, I liked the author's style, I liked the human characters and loved the dogs *g* I felt all of the characters were well rounded and believable and I don't think I disliked any of them. And, more importantly, there wasn't anyone I didn't care about in some way (be it in a positive or negative way).

The ending didn't quite tie up everyone as far as we knew what the future would hold, but did so enough to keep me happy and make me feel the writer had ended the book rather than let it drift off.

It was a fairly light, no real effort needed, enjoyable (for the most part), comfortable, fun read, and I'll almost certainly try more books by the author as I did like her style. I thought it was a cut above many other books of the same genre. Thus, if you do like this genre of book, then I would recommend giving the author a go.
Collapse