After a week of the book cover meme, I shall return to playing catch up on books I have read for the Book Bingo challenge. 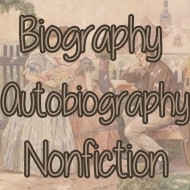 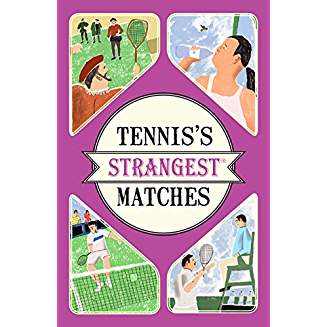 In this hugely entertaining collection of stories taken from over a hundred years of world tennis history, award-winning sports historian Peter Seddon has gathered together the most extraordinary events ever to occur on a tennis court. They include the Wimbledon final between the tea-drinking vicar and a convicted murderer, and the 'Match of the Century' between the 'Women's Libber' and the 'Male Chauvinist Pig'. There are matches played on board ship and on the wings of an airborne plane, a game played in full regimental dress, and meet the player who rated himself so highly he played an entire match while carrying someone 'piggy-back'. The stories in this book are bizarre, fascinating, hilarious, and, most importantly, true. Revised, redesigned and updated for a new generation of tennis fanatics, this book is a unique look at the curiosities of an endlessly popular sport, revealing the 'strawberries and cream' game as you've never seen it before.

This book was a Christmas present from

plutos_revenge (she knows what I like). It was thoroughly enjoyable and great fun and pretty much did as it says on the box.

There were plenty of things I hadn't known about. For example our Queen's father once played a tennis match at Wimbledon (before he became King) and there was a linesman who died after being hit by a ball at the US Open. Some things I had known but forgotten about. For example the chap who played in the men's tournament at the US Open and then about a decade later reappeared following a sex change and played in the women's match (the person was equally hopeless as both a man and a woman). And of course things I knew well and had even seen some of the matches. For example the longest ever men's match.

I loved the book, it made me laugh a lot (so much so J kept calling to me 'what are you reading'?); gasp even at some of the revelations; think 'gosh I wish I had seen that'; think 'really, that actually happened? And lots of other emotions. It isn't a book that will appeal to anyone who doesn't a) like tennis and b) enjoy quirky facts - which is why I loved it. If you do like those things, then I would recommend the book. It's easy to dip in and out of or to read from cover to cover (as I did). For me it was a really enjoyable book.
Collapse