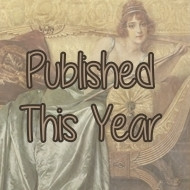 The Last of the Stanfields by Mark Levy 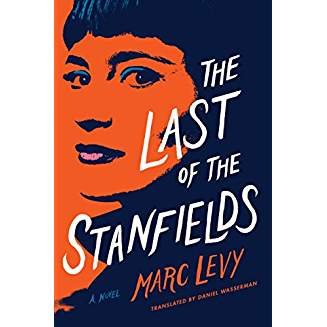 When London journalist Eleanor-Rigby Donovan receives an anonymous letter alluding to a crime committed by her deceased mother, her life is turned upside down. It points her to a bar on the Baltimore Harbor, where she finds a stranger who has received the same mysterious letter about his own mother. Together, Eleanor-Rigby and this young man, George-Harrison Collins, embark on a quest through the shadowy past of the Stanfields, a moneyed Maryland family full of unimaginable secrets. These secrets will transport them back decades, across continents, and to a mysterious crime long buried . . . until now.

I must confess I am not quite sure where I came across this book as it isn't my usual type or reading nor was it written by an author familiar to me. I know (from glancing at a couple of post-my-read Amazon reviews) that it was one of the Kindle First (free reads before the book is actually published) for December, but I didn't get it there as I have the payment receipt for it, plus I had a sample, not the actual book. My guess is it came up as advertising when I opened my Kindle one day and for some reason it captured my attention and I downloaded a sample, which I read, enjoyed and thus bought the book. Given it published so recently, you would have thought I'd remember, but no. I really don't know how I came to have the sample on my Kindle *wry grin* I blame the back-to-back bugs I've had since Christmas Day.

Enough waffling, on with my thoughts about the book. Well my thoughts are a bit 'odd' (like me). I liked the premise and I enjoyed the tale and the mystery and the history. I didn't even mind the jumping back and forth from the here and now to the past and the more distant past and even swapping characters (it was done between chapters) things which I'm normally not a fan of. And overall I enjoyed the story and found it well written (even if it had been translated into American English rather than British. I guess that was fair enough as half of the book was set in America and half in the UK (or thereabouts) and swapping back and forth in 'language' wouldn't be a good thing. Or maybe the translator (the author himself is French) is American. And I might well have a look at some other books by Mark Levy.

However, I honestly can't say I cared that much for any of the characters - I certainly didn't particularly like any of them; in fact as the book went on I really grew to dislike the main female character. This normally would be enough to stop me reading and prevent me from enjoying the book. However, this time it didn't. Despite not engaging with any of the characters or to be honest caring that much what happened to any of them, I still kept on reading. I wanted to find out what the mystery was and I wasn't disappointed. And it wasn't a slog to carry on reading, despite my dislike/ambivalence of the characters. I enjoyed the book; I doubt it's one I shall reread, but it wasn't one I got the end of and felt 'thank God that's out of the way'.

It's pretty much a first for me to feel like this at the end of book. In fact I can't remember going on reading a book whereby the characters didn't matter to me, but I still went on reading as I wanted to know what happened. It's really strange.