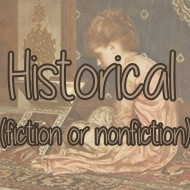 This is actually the first book I read this this year *g* It's another book that fits happily into multiple categories and in fact my first thought was to put it into the Crime category. However, I subsequently changed my mind. 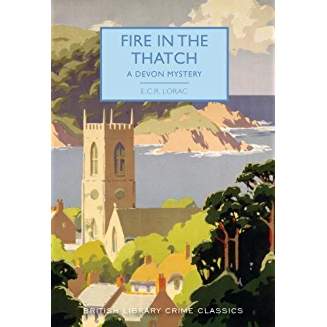 The Second World War is drawing to a close. Nicholas Vaughan, released from the army after an accident, takes refuge in Devon renting a thatched cottage in the beautiful countryside at Mallory Fitzjohn. Vaughan sets to work farming the land, rearing geese and renovating the cottage. Hard work and rural peace seem to make this a happy bachelor life. On a nearby farm lives the bored, flirtatious June St Cyres, an exile from London while her husband is a Japanese POW. June s presence attracts fashionable visitors of dubious character, and threatens to spoil Vaughan s prized seclusion. When Little Thatch is destroyed in a blaze, all Vaughan s work goes up in smoke and Inspector Macdonald is drafted in to uncover a motive for murder.

This is a book published as part of the British Library Crime Classics series. Basically they take old, long-forgotten, in some cases completely forgotten, mysteries from the 'Golden Age' and republish them. It's a super way to discover new authors and I haven't read a bad one yet. The covers are gorgeous and the Kindle version is nice and cheap. They are win-win books.

The Devon setting is wonderfully described, but not in the let's spend page after page after page forcing this down your throat' way, but in a really realistic way. And although I don't know the county that well personally, I know enough about it to know that it was very true to fact - and that has since been confirmed by the lovely

caffyolay who knows more than I do. The war is there, but not at the forefront and you get an idea of the contrast between the cities and the countryside during war time.

The characters are easy to care about, even if you don't necessarily like them, you care about what happens to them - well I did. And I was more than usually upset by the death of the main character, such a waste of life. And when I finished the book I found myself wanting to know more about what happened next to a lot of the characters. Again, that's not something that happens a lot for me. I finish a book and that's that.

Having said yesterday I don't like to recommend books, today I am going to recommend this book. Well as long as you like 'Golden Age' English crime stories, as long as you don't need diverse characters in every book, as long as you like stories from the 1940s that haven't been sanitised and rewritten to fit in with today's version of how things should be, then I recommend it. So far the BLCC has published another two books by the same author, both of which I have and I am looking forward to reading them in due course - maybe even for part of this challenge.
Collapse