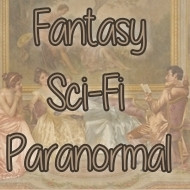 I am behind in actually posting books for my

jbookbingo challenge. Partly due to that strange interest of mine where people knock little yellow balls over a net for a living *g* and partly because the challenge has it's own inner-challenge: what category does one put the book into? Who'd have thought that in itself would be a challenge? 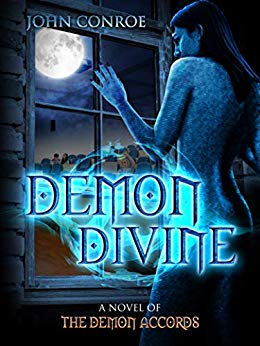 Something unholy is hunting the streets of Burlington, Vermont, stalking the campus of the local university. Chris Gordon and his contingent of demon hunters is drawn to the northern Vermont city by a brutal murder of hellish proportions, ready to banish it from Earth.

But this Hellion is direct from the Abyss, incarnate and fully possessed of all the powers of high Hell royalty – female royalty at that. It’s been said that the female of the species is deadlier than the male, and this one might be the deadliest of all.

How do you flush out such dangerous prey without recreating the chaos that befell Washington such a short time ago? The answer: bait. The bait: Declan O’Carroll, witch prodigy with powers so sweet it’s like candy for the Devil’s own. Can Chris and company catch this monster before any harm comes to their friend and colleague? Or will Hell have its way? Can they see all the angles or does this Abyss bitch have the edge?

It's the 14th book in the 'Demon Accord' series; a series to which J introduced me. It's about a one-time rookie NYPD cop (Chris) who in his spare time exorcises demons. Chris saves the life of Tanya, who turns out to be a vampire and not just any old vampire, but an actual 'born' vampire and her mother & grand-mother are very senior vampires. From there we meet werewolves and other were; witches (both male & female); a giant bear who can turn into a wolf; fairies, angels; demons; a computer who is capable of independent thought and speech and considers the most powerful witch in existence to be his father and plenty of other 'things'.

It is an excellent series, one I am thoroughly enjoying. Like many long series it did get a tad tedious and almost lost its way for a couple of books prior to this one. I enjoyed them well enough, but I knew that if they continued that way, I would be giving up on the series. However, this book brought us back on track, partly because we came back to earth rather than be in fairyland and brought the team back together rather than being splintered.

I don't read a great deal of fantasy/sci-fi books, so for me to get to book fourteen in a series which I am really enjoying and already eager for the next book to come out, is quite something. The author writes fast and is prolific, as you can tell given the first book only came out in 2010, thus you don't end up waiting years for a new book.

The books are, I believe, self-published or at least kind of self-published - the price of the paperback alone says that. As such there are some errors and the layout  in the early books in particular isn't as professional as most publish-house published books. However, to my mind there is nothing super-glaring that makes you struggle to understand what is meant. Yes, there are some over-long parts and self-fulfilment parts and the 'good' characters (and a lot of the evils ones) are stunning and clever and well built and strong, etc. etc. but I don't have a problem at all with that - especially not given the genre. Oh, and unlike a lot of self-published fantasy these days, it is not full of long, detailed sex scenes!

All in all the series is great escapism but with a dark edge to it - maybe even more than an edge.

I always hesitate to out and out recommend books to people because I don't want to be responsible for someone spending money on something they ate. And I know that isn't my problem; I'm not holding a gun to someone's head and saying 'buy this book' it is someone's choice if they buy it or don't buy it, but even so . . . However, I will say if you do like fantasy and like the premise of this universe and can either borrow the 'real' book from the library, I guess the ebook might well be available in a library too, then give it a go. Or download a sample for your Kindle.
Collapse